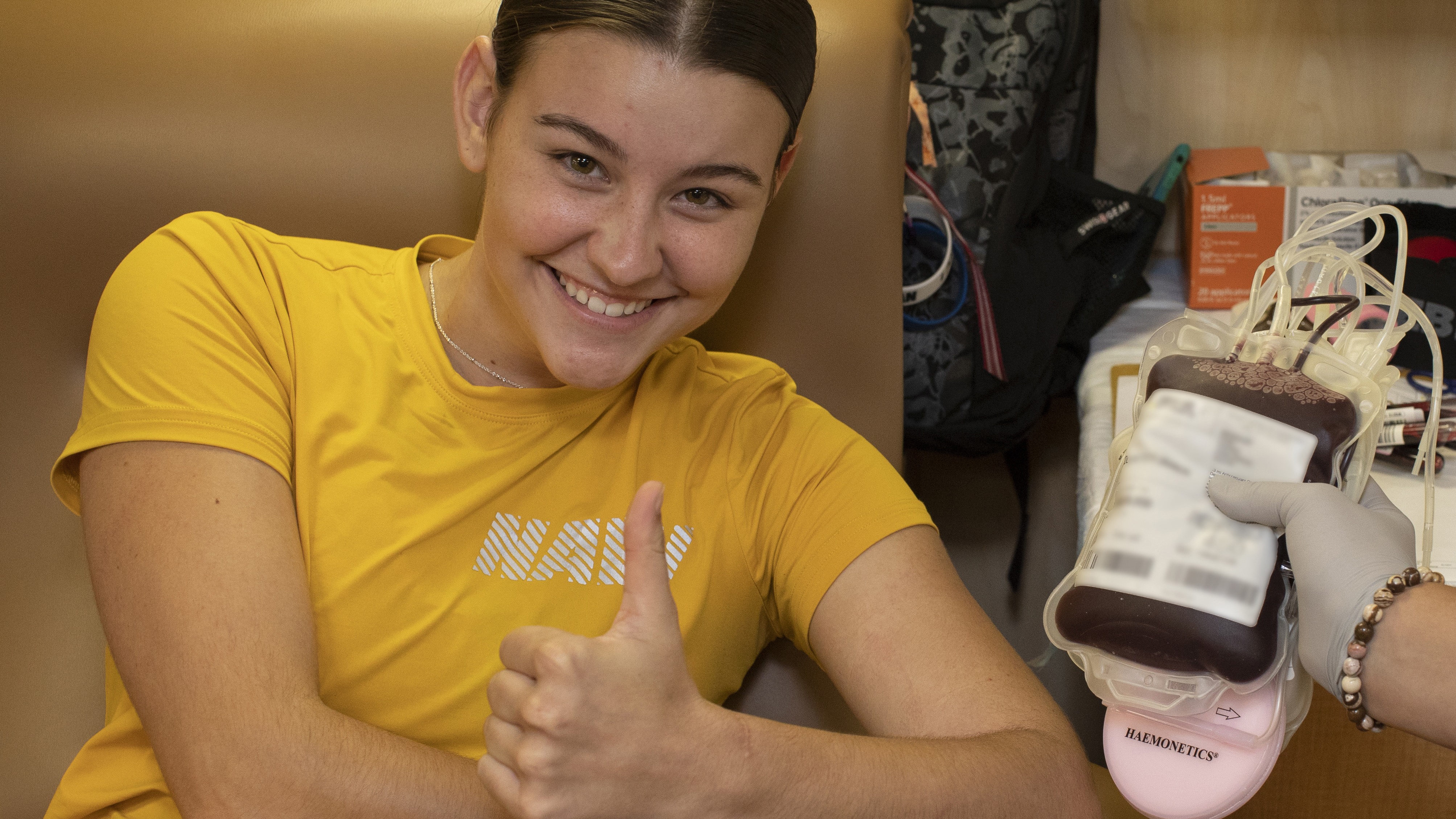 On the 25th of October 2019, the Beaver Battalion hosted a blood drive in partnership with the Armed Forces Blood Bank Center – Pacific Northwest out of Joint Base Lewis-McChord. The Armed Forces Blood Program (AFBP) supports U.S Military medical needs throughout the nation and abroad. Blood donations go to military hospitals and combat zones throughout the world. AFBP is a military-wide program benefiting active-duty service members, veterans, and their families. Blood donations are used for many life-saving purposes ranging from treating battlefield injuries to blood transfusions for military children with Cancer. It is the Beaver Battalion’s honor and privilege to contribute to the AFBP mission.

The NROTC program was established to develop midshipmen morally, mentally, and physically; and to imbue them with the highest ideals of duty, loyalty, and the core values of honor, courage, and commitment in order to commission college graduates as naval officers. The program enables qualified young men and women to attain a college education leading to a commission in the Navy or Marine Corps, and offers scholarship and non-scholarship opportunities for future Navy and Marine Corps officers.

Oregon States’ NROTC program is a leading commissioning source.  We were one of the first units to commission women officers to serve on submarines.  We commission Navy officers in all unrestricted line communities, including naval aviation, submarines, surface warfare, and naval special warfare.  Marine option students commission in aviation, ground combat and logistics to contribute to the AFBP mission.