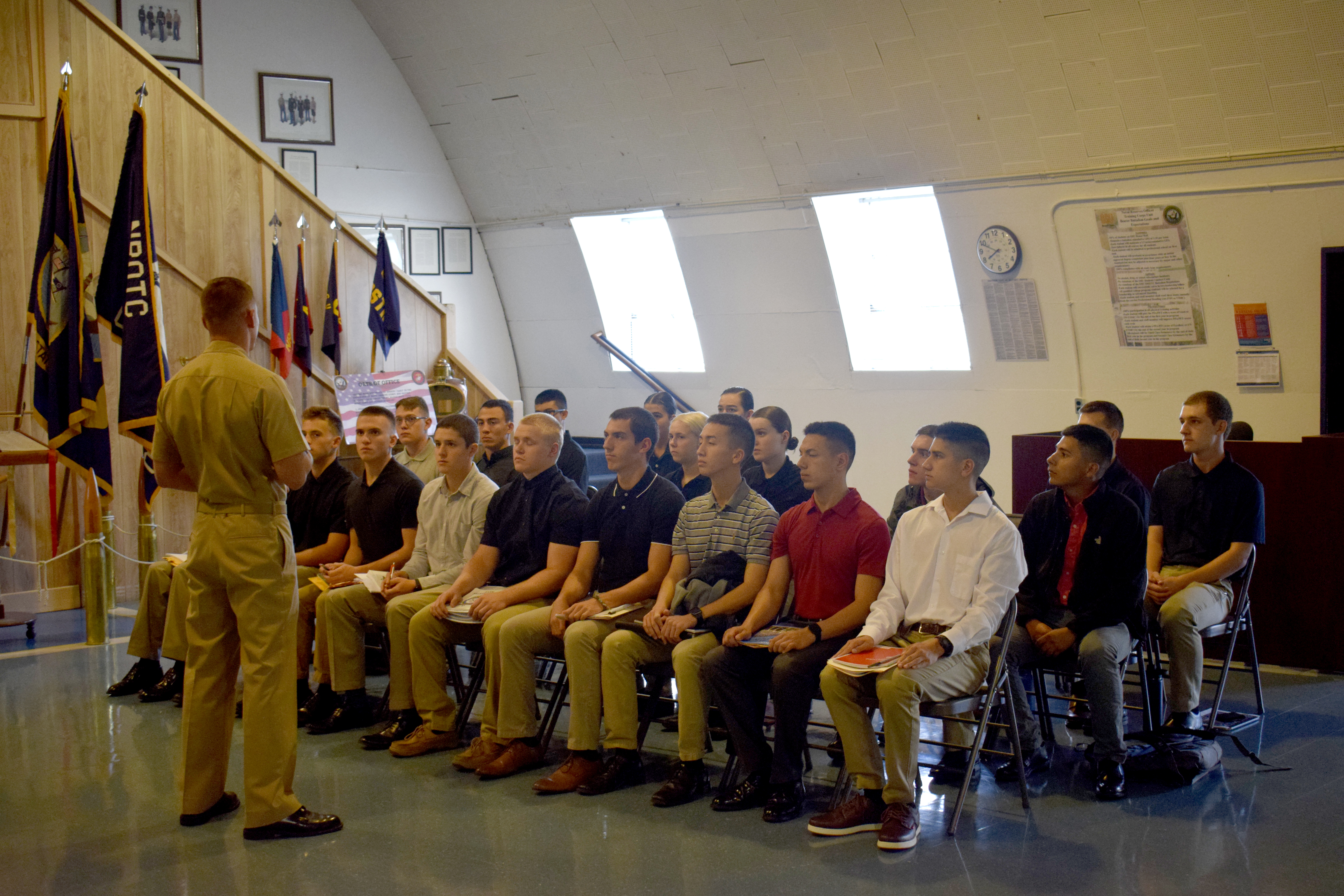 On September 23rd, 2019 the Naval Reserve Officers Training Corps (NROTC) at Oregon State University (OSU) welcomed the Midshipmen Class of 2023 to the Beaver Battalion. To integrate them into the unit, the 25 new Midshipmen attended New Student Orientation on campus prior to the start of Fall term. These 4/C Midshipmen received uniforms, advice from upperclassmen, and an introduction to battalion life on campus. Midshipmen were educated on military customs and courtesies, uniform regulations, and time management. They will begin their four-year college experience with some of the highest expectations and strictest requirements on campus.

The NROTC program was established to develop midshipmen morally, mentally, and physically; and to imbue them with the highest ideals of duty, loyalty, and the core values of honor, courage, and commitment in order to commission college graduates as naval officers. The program enables qualified young men and women to attain a college education leading to a commission in the Navy or Marine Corps, and offers scholarship and non-scholarship opportunities for future Navy and Marine Corps officers.

Oregon States’ NROTC program is a leading commissioning source. They are one of the first units to commission women officers to serve on submarines. They commission Navy officers in all unrestricted line communities, including naval aviation, submarines, surface warfare, and naval special warfare.  Marine option students commission in aviation, ground combat and logistics.