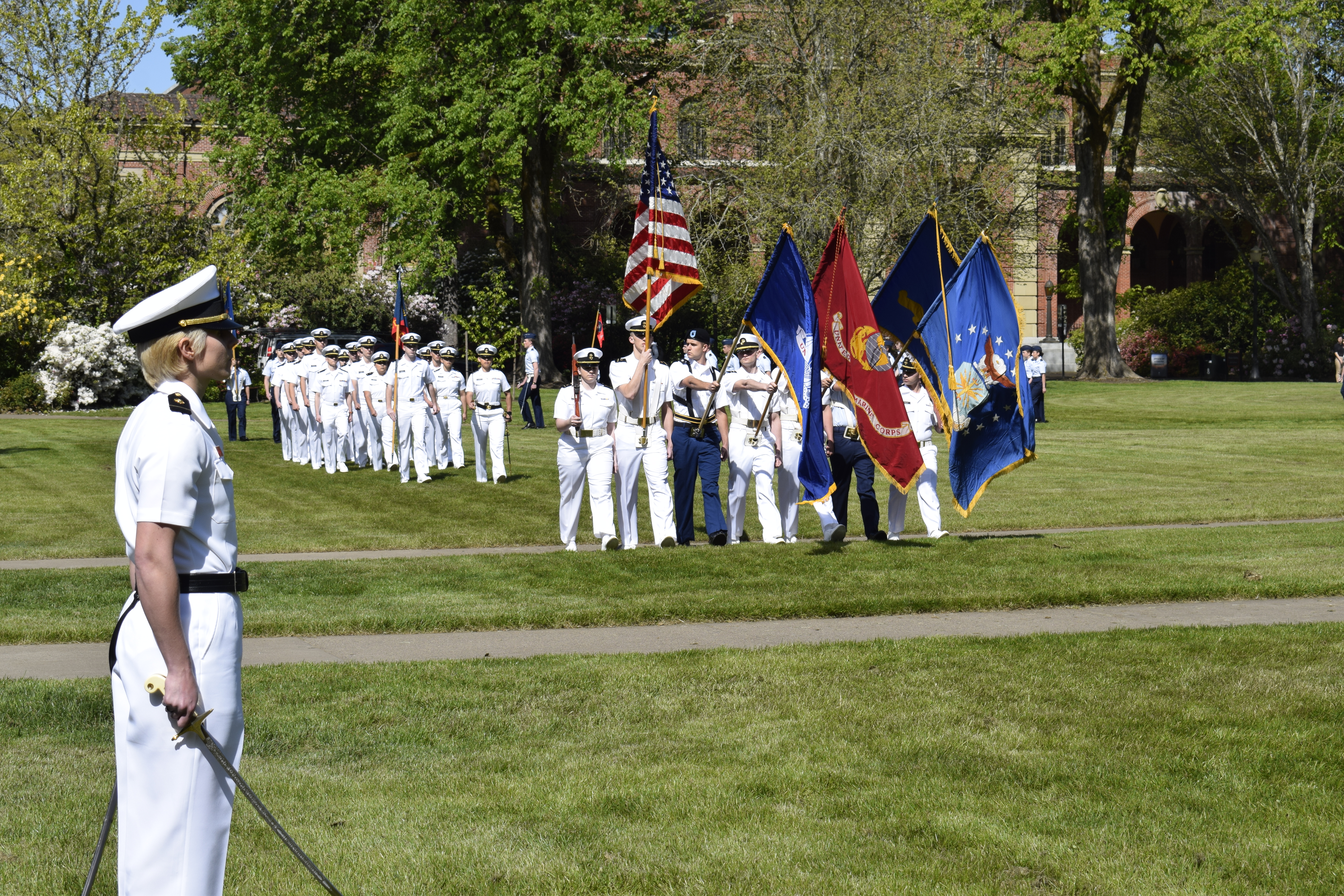 On May 3rd the Army, Air Force, Navy and Marine Reserve Officers Training Corps (ROTC) gathered on the Oregon State University Memorial Union Quad for the Joint Service Review (JSR). This annual "review of the troops" traces its origins as far back as 1918, when Governor Withycombe, former Dean of the Agricultural School at Oregon Agricultural College, first reviewed the troops during World War I.

Approximately 200 midshipmen and cadets participated in the event. The Naval ROTC unit hosted this year and invites the general public to attend.  Other invited guests include state, local, and university dignitaries, as well as local veterans and alumni of the various units.