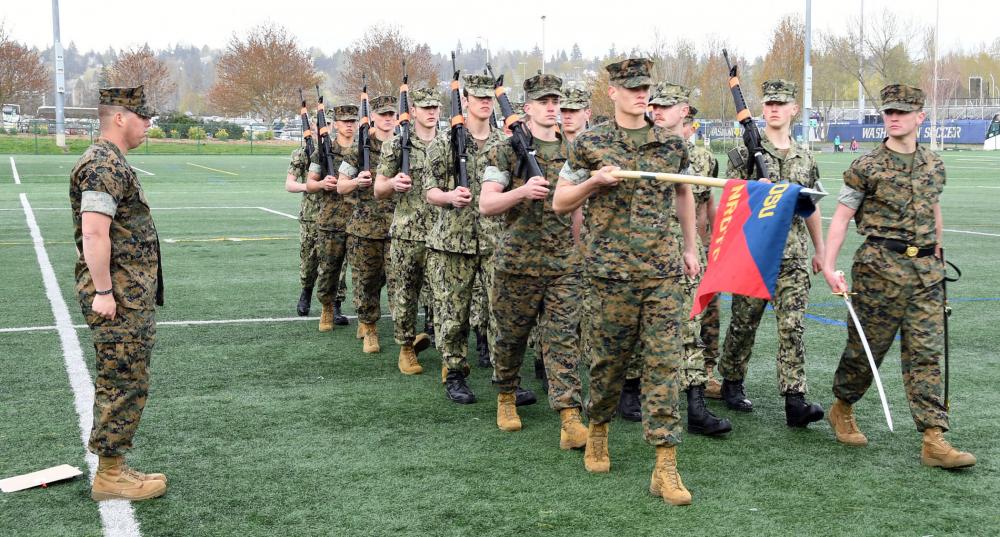 The all-day competition began at 0600 with a Physical Readiness Test (PRT) and a Physical Fitness Test (PFT). This was then followed by Basketball, Soccer, Spike Ball, an Ammo Can relay, Tug-of-War, an Academics Competition, Ultimate Frisbee, Volleyball, and the Endurance Course. To cap off the day, the schools then had their drill teams compete in a Close-Order Drill Competition as well as a Color Guard Competition.

Congratulations to Oregon State University NROTC as they took home the trophies in the Ammo Can relay and the Tug-of-War Competition. The Beaver Battalion placed third overall in the competition.

This inter-unit competition promoted esprit de corps for the entire battalion and provided endless leadership opportunities for our midshipmen. Next year, the competition will be held at our very own Oregon State University. The Beaver Battalion have already started preparation for this upcoming event and hope to bring home the championship next year. GO BEAVS!