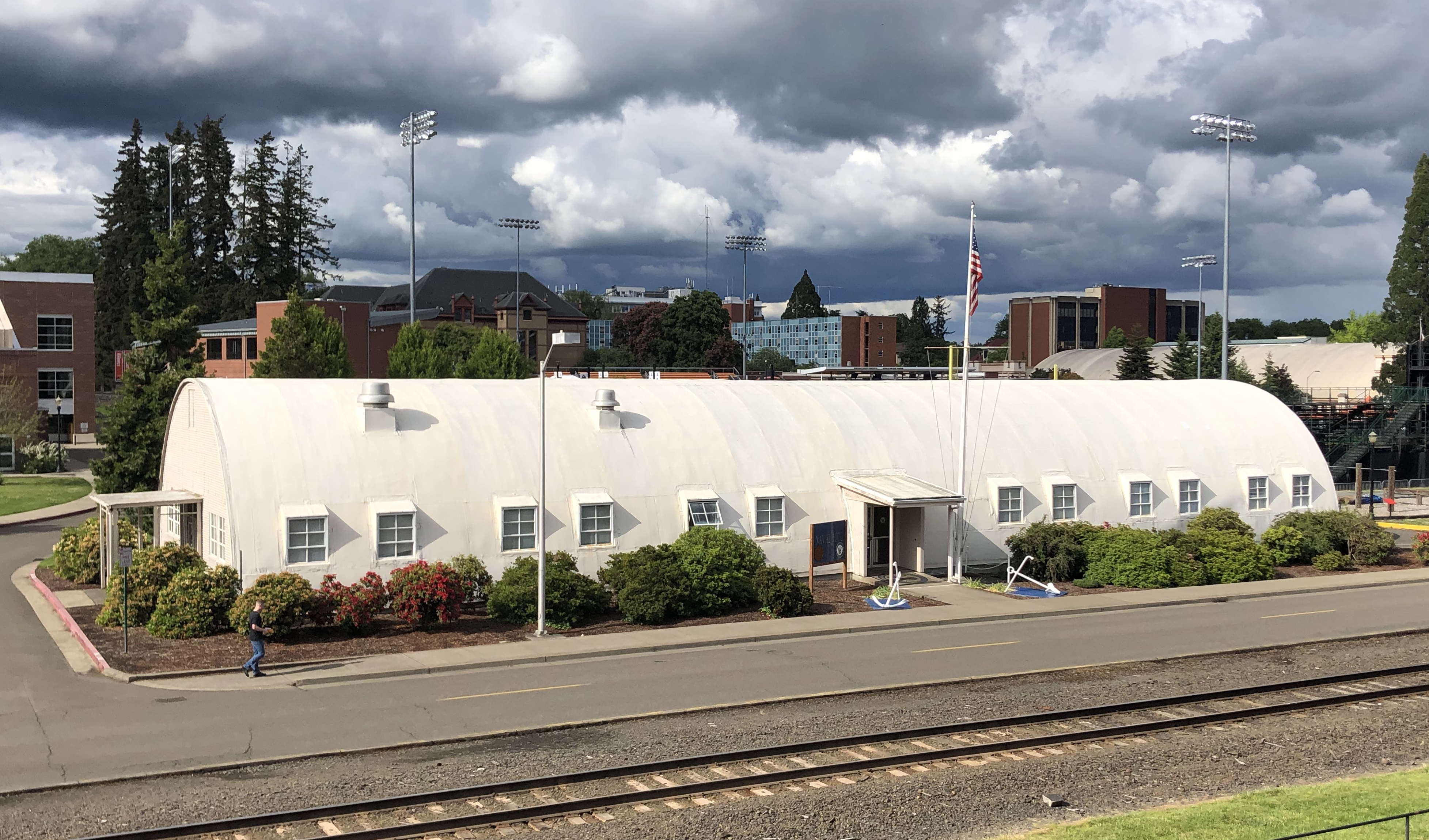 On July 1st, 2020, after more than 68 years in the Quonset hut, the Beaver Battalion moved into its new home at 160 Cascade Hall. The Quonset hut located on SW Washington Way has been a second home for thousands of future, current, and discharged officers as they obtained their college degrees at Oregon State University and will be missed by many. However, a new home for the battalion was well overdue.

The move was put in place due to the city and university beginning the Washington Way Improvement Project, which is intended to expand the road and add a two-way bike lane. Improving safety is the main objective of the project and will also include a new sidewalk for pedestrians, encouraging students to choose biking or walking to class over driving.

OSU NROTC was commissioned on September 17, 1945, and initially occupied Quonset huts next to Moreland Hall, in the space now occupied by the Native American Longhouse Eena Haws. In 1951, OSU NROTC was moved to the current Quonset hut, which was previously used as a dining facility and was located just east of SW 30th Street. In 1959 the Quonset hut was moved to their current location along SW Washington Way.

Today OSU NROTC unit has nearly 100 students enrolled in the program, with roughly 60 percent as Navy options and 40 percent as Marine Corps options. A quarter of those enrolled are women and the majority of students have been awarded scholarships.

The newly renovated home of the Beaver Battalion inside Cascade Hall provides updated facilities for the midshipmen and staff including air conditioning, more modern classrooms, a larger gym, and many other modern amenities that were not available in the Quonset hut.